Friends and family, our time is now. 2017 has been a year of change thus far, even disregarding imminent war or planetary doom for once. There comes a time in all of our lives where we find ourselves in teetering in a state of purgatory. It is the moment where life itself is in positioned such that one's own legacy appears to be teetering on the brink of making a difference in the world, or simply drifting towards affecting nothing. I think that time comes at around roughly 30 years of age.

There are a number of things I've been doing to break such a state of existence.

The irony of managing as much of the world as possible is that one's own life becomes a causality. As friends and projects have tasken priority, my own life has taken a back seat. Bursts of passion to push life forward can only exist with an equal but opposite protests from the mind to carry on. By now, we've all come to accept Bruce Lee's word as fact...

In the context of personal life, there is overwhelming consensus that progress comes as a result of established habits. The solution I chose to maintain these habits can all be contained within a single Kanban board.

Such a board can manage everything from buying groceries to harnessing relationships with people who may not have much time left on this Earth. So far, it's been working - It is difficult to turn down the pressures of life itself when you set them to be your Google Chrome homepage.

The benefit of life's hardships and failures are lessons learned, but what if one's life runs at a pace faster than they can commit things to memory?

There are moments when we all get blindsided with distant yet vivid memories. If you're lucky enough, you get a brief window into the psyche of the human being you were years ago. Often times, that person might seem unrecognizable.

I've managed to keep a running journal every day for the past month. What I'd like to achieve is a retrospective on how I perceive life events as they happen before they become clouded with nostalgia. It's an early experiment, but has already revealed how easily one can perceive things in the moment completely incorrectly.

Putting a stake in the ground for every passing day allows one to realize just how much life they live, even as it seems the weeks fly as we look back.

If I had to take a look at my life, I would say that I'm proud of what I've accomplished thus far. That said, the occasional day-to-day can spark a feeling as though something may be missing. In my case, I've discovered that the ability to create is something deeply important to me. In pursuit of this I've gone all-in on setting up a rig to get back in the game:

As much as I love tech specs and flair, I immediately regret giving Windows a chance at being a competent operating system. That said, buyer's remorse alone has already pushed me to launch this blog.

How does one quantify a Product Manager's skill set? As a former developer, a pain I feel frequently is the inability to contribute to effort towards dev projects towards the ends of hard deadlines. I've been looking to pick up a weapon of choice, and for a number of reasons, Node.js has won out.

Within a single weekend, my collection of reserved domains grew by 30. Each of these domains represents an idea - some small, some less so, but nearly all of them will certainly be worthless. I intend to use these ideas to learn enough to be dangerous with a text editor. Hopefully a PM who can define, develop, and QA their own tasks will prove to be something of value. Only time will tell.

Finally, let's take a moment to appreciate how dope Ghost is as a blogging platform. Let's agree to never use Wordpress again. 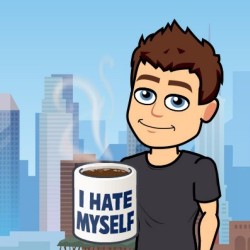